Radio is Bodil Furu’s first fiction film. The short story takes place in a radio studio a few minutes before a live interview. A female radio host tries to calm down a nervous young man. A discussion starts. In a moment of self-doubt his insecurity takes over, while the radio host tries to convince him otherwise. The young man questions his own rhetoric’s and legitimacy as a spokes person –the decision has to be made; go through with the interview or not. When the aired song fades out and the conversation meets its end, his agenda is still hidden, the same is the outcome of there discussion. The film ends when the radio hosts switch to the live interview. 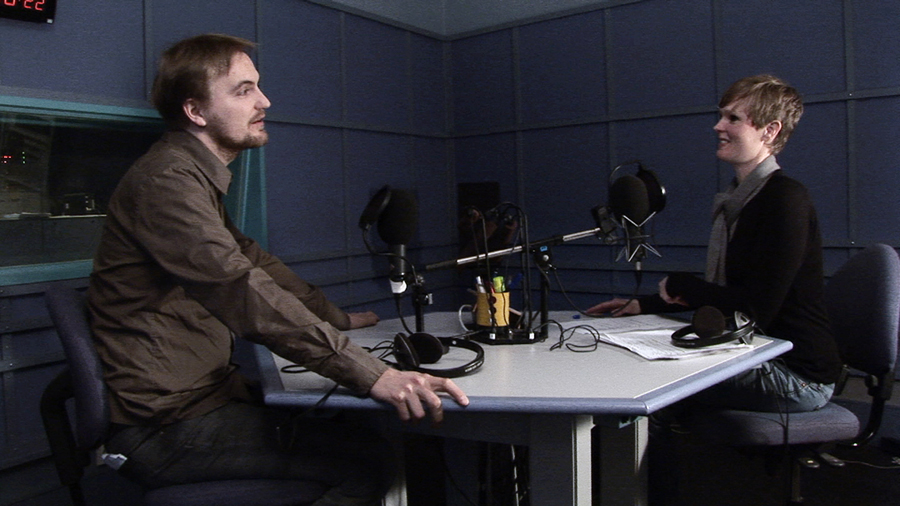